Thanks for joining us on our live blog! We hope you enjoyed the updates and watching the ceremony!

She joked she was feeling a mixture of "cold medicine and excitement" - see the full story here!

Here are a few more behind-the-scenes snaps at the BAFTA dinner - what a glitzy setting! 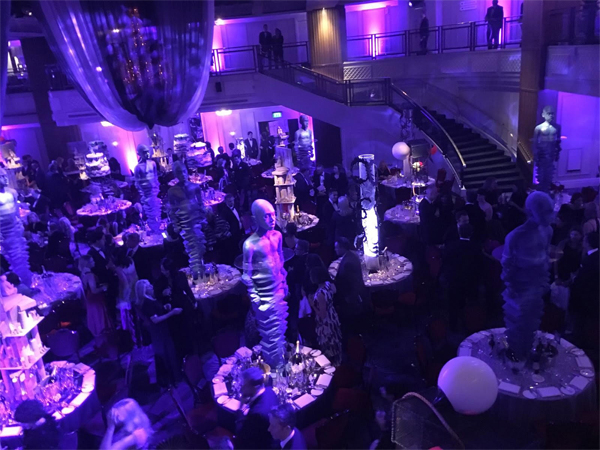 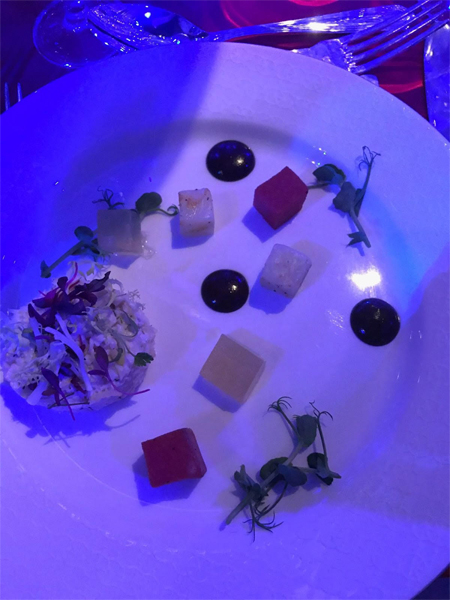 The tables have been decorated in the theme of nominated films, and we're on La La Land! Hooray! 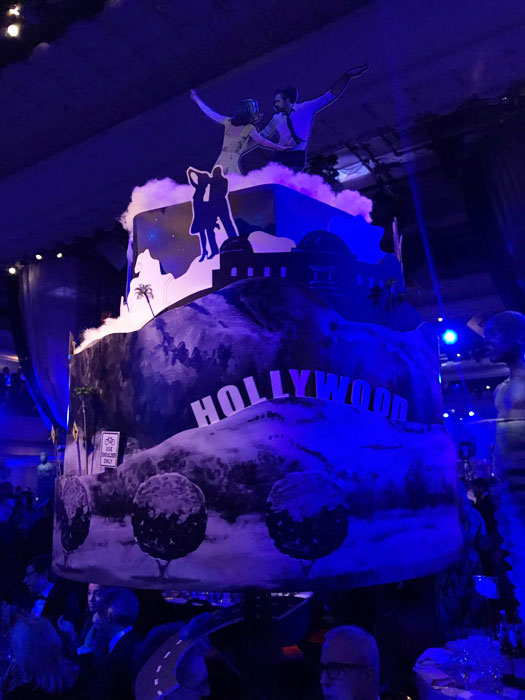 And that's a wrap! Stephen Fry has closed this year's ceremony.

The stars and guests will now be heading to the Grosvenor House Hotel where they'll sit down to a mouthwatering menu.

Find out what's on the menu here!

Prince William had the best seat in the house alongside his wife Kate. We caught a glimpse of the royals as they arrived at the ceremony and walked down the red carpet. What an entrance! Didn't Kate look incredible in her Alexander McQueen gown?

See all the loved-up couples who walked the red carpet in style here! 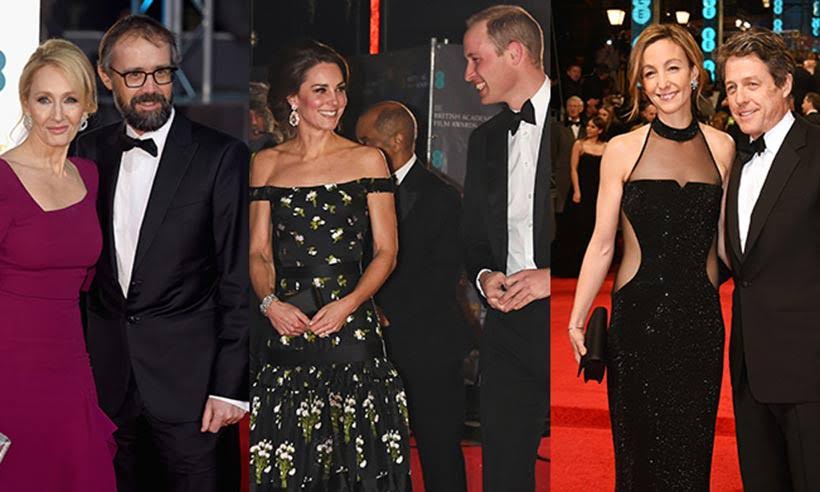 Time now for the highest honour, the Fellowship, to be given out and it's Prince William who has the task as President of BAFTA.

Stephen Fry called up "Prince Bill" to the stage, with William joking that BAFTA had run out of actors to present the award.

Simon Pegg and Nathan Lane handed out the award to already-announced Mel Brooks.

And it's the award fans have been waiting for!

The cast, including Emma Stone, went on stage to accept the award. Ryan Gosling's absence was explained later on in the winners' conference. 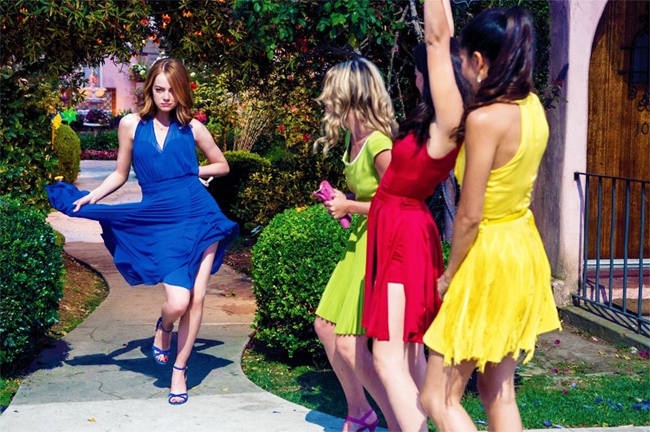 Eddie Redmayne has the task of presenting the Leading Actress BAFTA, and it goes to... Emma Stone for La La Land!

Speaking backstage to reporters, Emma said: "I feel very overwhelmed and the jitters are indescribable. It’s a crazy, shaky feeling, that may be some cold medicine as well, but it’s a combination of cold medicine and incredible excitement."

In her acceptance speech, she also said: "Thanks to BAFTA, to celebrate the positive gift of creativity… I feel very, very lucky to be in this room. This is a huge honour."

Here she is with director Damien... 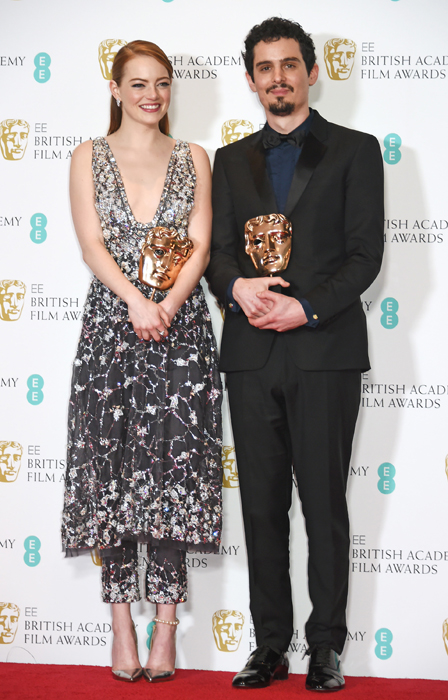 Mark Rylance is on stage to give out the Best Director award... And it goes to Damien Chazelle for La La Land!

"This is an incredible honour," said Damien, giving a special shout out to Justin Hurwitz, who was also awarded the BAFTA for Original Music.

Los Angeles locations that every La La Land fan has to visit!

Penelope Cruz has just awarded Casey Affleck the BAFTA for Best Actor, for his role in Manchester by the Sea!

"My heart is beating, what an exciting moment," said Casey.

Check out the moment here: 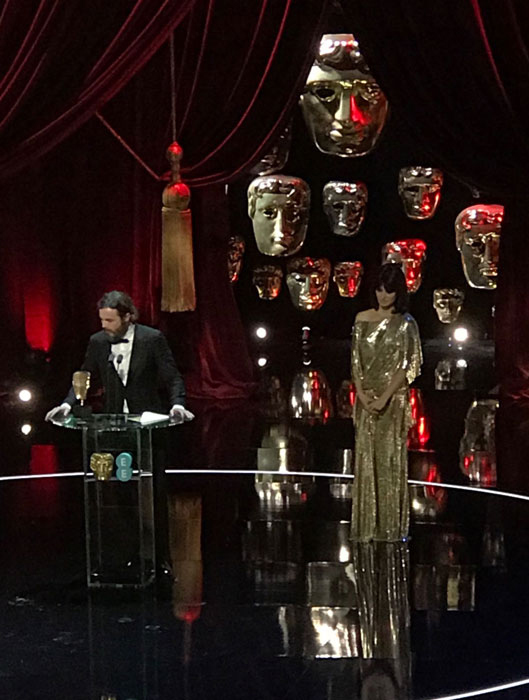 Next up is Best Original Screenplay.

Thandie Newton has presented the BAFTA to Kenneth Lonergan for Manchester by the Sea!

Isabelle Huppert jokes she didn’t expect to "be back so soon" on the BAFTA stage after winning one in 1978… The French actress has presented the Outstanding British Contribution award to Curzon Cinema.

The gorgeous Felicity Jones has presented the BAFTA for Best Supporting Actor to... Dev Patel!

The actor said in the winners' press room: "It’s a lot to take in. I honestly really did not expect it! We’ve gone to so many of these award ceremonies and this one was where everything changed, on home turf. My family were in the audience. It’s kind of an out-of-body experience."

"As you saw, I didn’t (prepare an acceptance speech)! I think I forgot some people…" he laughed.

Dev also thanked his own family, who were seated in the audience. "This film is about family," he said. "You guys are my driving force." 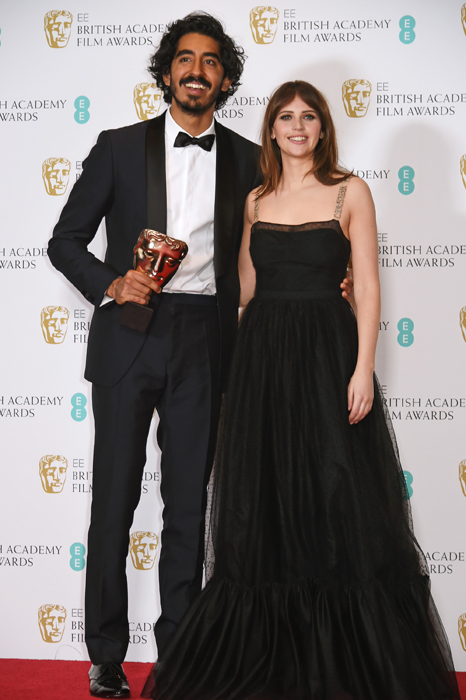 Dapper duo Jamie Dornan and Rafe Spall have presented the Outstanding Debut for a British Writer, Director or Producer to Under the Shadow.

The pair poked fun at each other, with Rafe joking that Fifty Shades Darker Jamie can only get work based on his looks, and Jamie firing back that Rafe, Timothy Spall's son, only relies on family connections...

Next, the BAFTA for Visual Effects goes to... The Jungle Book!

Star Wars actress Daisy Ridley and The Girl on the Train actor Luke Evans presented the award with the help of a female acrobat, who flew down from the ceiling! 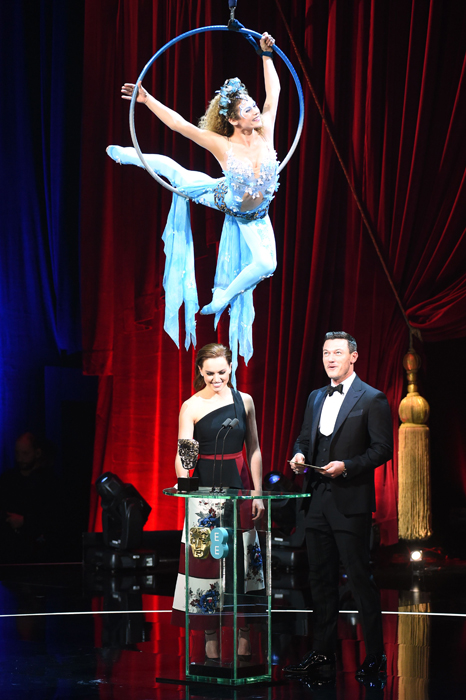 Can't wait to find out who's won what?

Next up was Best Animated Film, which went to Kubo and the Two Strings

Hugh Grant has presented Best Supporting Actress to... Viola Davis for her role in Fences!

"It feels pretty good... but it’s not my style to bask in it too much," Viola said in the winners' press conference. She also praised her other "wonderful" nominees, Hailey Squires, Michelle Williams, Naomie Harris and Nicole Kidman.

READ MORE: Viola praises Meryl Streep: 'She is a very gracious human being' 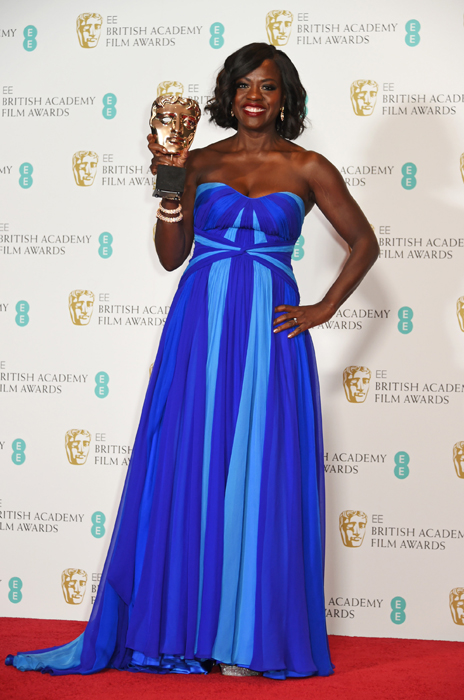